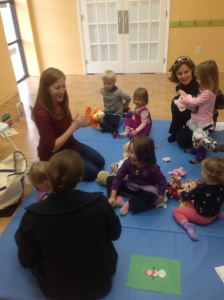 with Carol Callicotte-Belmon (moi), French Instructor at Bixby Preschool, and Sarah Dodson-Knight (of Bringing up Baby Bilingual) former lecturer in French at CSU and founder of French story time at the Lafayette library, both mothers of bilingual children.

•Storytime in French (L’heure du conte) geared towards ages 2-6 at the Lafayette public library on the second Friday of each month at 4:00. Come join us at 775 W. Baseline Rd., we’re on the upper level at the north end! Next classes: Friday February 13, Friday March 13, Friday April 10, and Friday May 8. (FREE!)

•Playdate en Français Bring your kids ages 5-10 and join us for games, crafts, and activities in a French immersion environment. We’ll supply some materials but feel free to bring your favorites to share!

What to expect for your child: