The French can be unfailingly polite.

No, really, I’m being serious.

Yeah, yeah, yeah, everyone who has traveled to France comes home with some story about a rude Frenchman or Frenchwoman who treated them horribly and worse, seemed to enjoy it. It’s almost like we look for those moments now: it’s a rite of passage. We need a commemorative “I survived talking to a French person” T-shirt.

Yet the truth is, there is much politesse in the French culture, we just don’t understand it  because their social rules are different from ours.

I’ve witnessed arguments between strangers where despite the obvious disagreement, they continue to address each other as “Madame,” et “Monsieur.” Usually without sarcasm. Ever had a homeless person hop onto your metro car to ask for money? Their speeches often mirror each other, and usually begin with a grand, “Mesdames et Messieurs, pardonez-moi de vous deranger.…” Translation: Ladies and Gentlemen, please pardon me for bothering you…. Even the term used for the homeless is more dignified than the word “homeless.” It’s SDF, or “Sans Domicile Fixe.” Translation: Without a fixed home.

Whenever I travel to France, it’s as if a flip switches in my head and I go into French mode. Things that would drive me crazy here become tolerable, because I’ve spent enough time there to understand why things are as they are, and to better know what to expect.

Who am I kidding. There are some things the French do that I will never understand, no matter how many times my husband or my French friends try to explain them to me (or deny their existence). At any rate, here are a few examples of things you can do to make your next trip to France run more smoothly:

When entering a store, always greet the shopkeeper with a “Bonjour.” While here in the US it’s not uncommon to enter a store without acknowledging, or being acknowledged by, the employees there, in France it’s considered incredibly rude. Same for leaving. Make sure you say, “Au revoir.” Toss in a “Bonne journée !” or a “Merci !” for good measure.

Try out some French, even if it’s only to say, “Pardonez-moi, mais je ne parle pas Français. Is it okay to speak English?” After all, the French have grown tired of people walking up to them and barking out a foreign language. I know I’d grow tired of it. I’ve been scolded by patients incensed that I don’t speak Spanish fluently, and that never brought out my benevolent side. Ease into the conversation, and the French are much more likely to be okay with speaking English.

Personal space there is very different from here; the French require much less of it. So if someone is bumping right up against you without acknowledging that they’ve jostled you, don’t take it personally. It’s all normal for them.

Chances are, the waiter is not ignoring you. The French like their meals long and uninterrupted. Unlike the US, where tables must turn over quickly in order for the restaurant to make money and the waiters to make adequate tips, in France, if you reserve a table, it’s pretty much yours for the night. A waiter won’t bring your bill unless you ask for it. To do otherwise would be rude, the equivalent of asking you to leave.

Just because the French person you’re speaking with isn’t grinning and enthusiastic, it doesn’t mean they’re annoyed with you. Well, they might be. But it’s more likely that it’s just a cultural thing: the French don’t grin and get enthusiastic in conversations with strangers. They are more reserved and tend to hold back until they get to know you. Give them a chance to warm up and you may end up making a great new friend. I’ve been told by my European friends that they knew I was American because I’m always smiling. I see this as a good thing, but I’ve also come to realize that the huge grin that comes so easily to my face is hardly a universal trait.

Ladies, enjoy the French version of customer service. I posted on this previously, here. Now’s not the time to go indignant feminist – let those shopkeepers flirt with you and treat you like a queen for a few moments. It’s really fun.

As for forming lines – they aren’t going to do it. This is one of the areas I have the hardest time with in France. After being shoved around trying to claim my coat at the counter after parties, swept past repeatedly while waiting in line for a toilet, and literally shoved off metro cars, I finally realized I had the necessary skills to survive, all learned during my years of playing basketball. It’s all about claiming space, blocking out, and moving toward the ball, or as the case may be, the toilet. Don’t be afraid to get wide, or even throw out a forearm to ward someone off. When it comes to lines in France, expect nothing less than pure Darwinian survival of the fittest.

Another tip: get out of Paris. Paris is gorgeous, stunning, there’s tons to see and do, but it’s still a big city. And like any big city, people are in more of a rush, stress levels are higher, people are more closed off to outsiders, and fatigued of tourists. That’s not to say that pleasant Parisians don’t exist – they absolutely do. But if you want to experience a little more joie de vivre, more bienvenue, hop on a train for the countryside.

I hope your next encounter with a French national goes smoothly. If all else fails, a French shrug (see this post here) and a resigned, “Eh ben,” are perhaps the best responses. 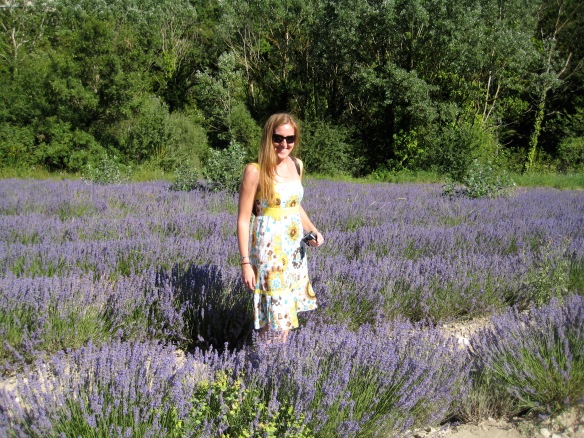 30 thoughts on “La Politesse, and a Few Tips on How to Get Along With the French”