I haven’t been to France in over two years (a toddler and a preschooler on a plane… I wish I were so brave), so many of my photos are older. These are from a Christmas we spent in the French Alps, in a small mountain village called Samoens. A beautiful, charming place, where we stayed in a cozy converted farmhouse, read books (the house had quite an Asterix collection), and indulged in Raclette after days spent on the slopes. It was my first Christmas away from my own family, so I learned of some of the French traditions my husband grew up with. Midnight mass (3 hours! We Presbyterians shudder at the thought), bûche de noel (yule log), and real chestnuts roasting on an open fire served in the village at their Christmas carnival – it was charming and so different from my own traditions. It was here, too, that I first saw Le Père Noel est une Ordure. I sat there, perplexed and not understanding, while my husband, his brothers, and my sister-in-law rocked with laughter and called out lines before the characters. Now that my French is better, as is my understanding of French humor, I find it pretty hilarious, too.

Here’s the charming farmhouse we stayed in, taken before the snow came:

Some photos of Samoens: 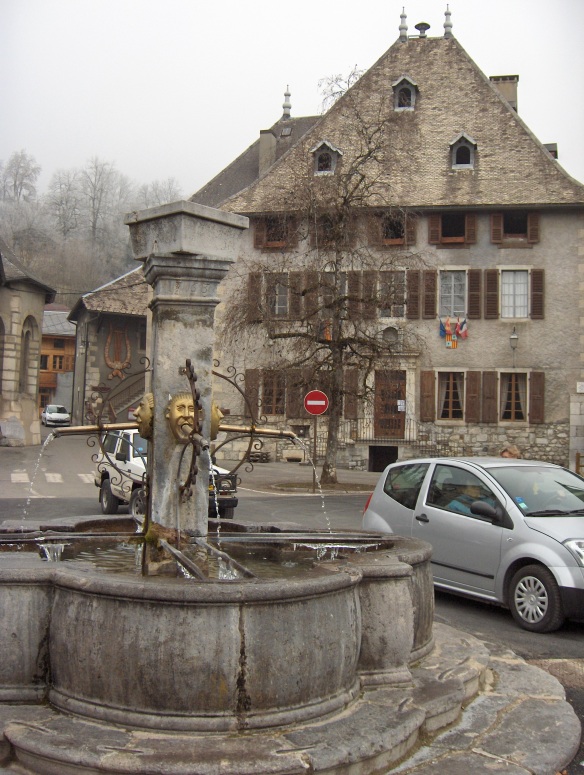 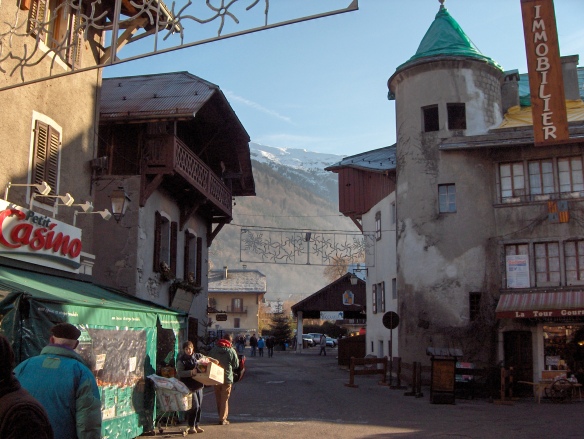 Twelfth century church where we attended mass . We sang Angels We Have Heard on High, one of my favorites, in French:

The Alps, near Samoens: 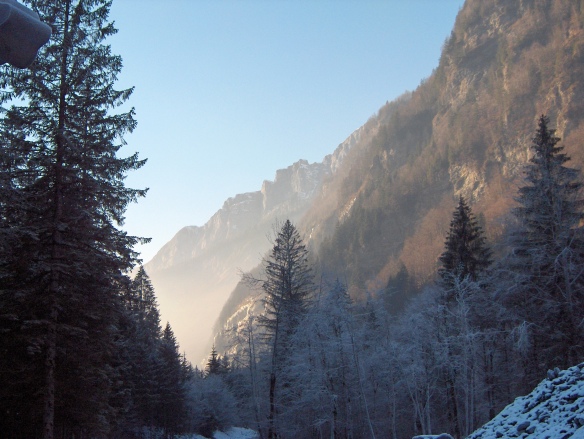 A visit to the nearby village of Annecy, with me obviously American in my running shoes: 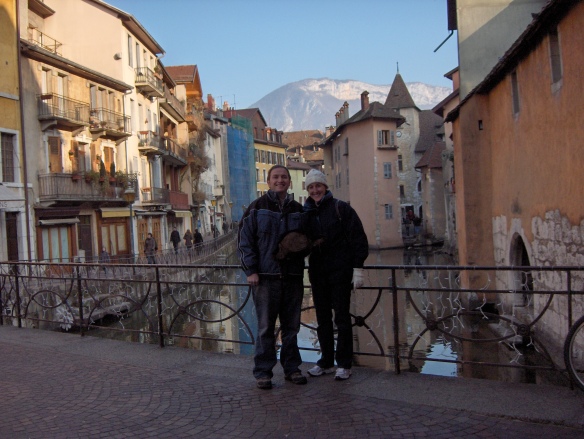 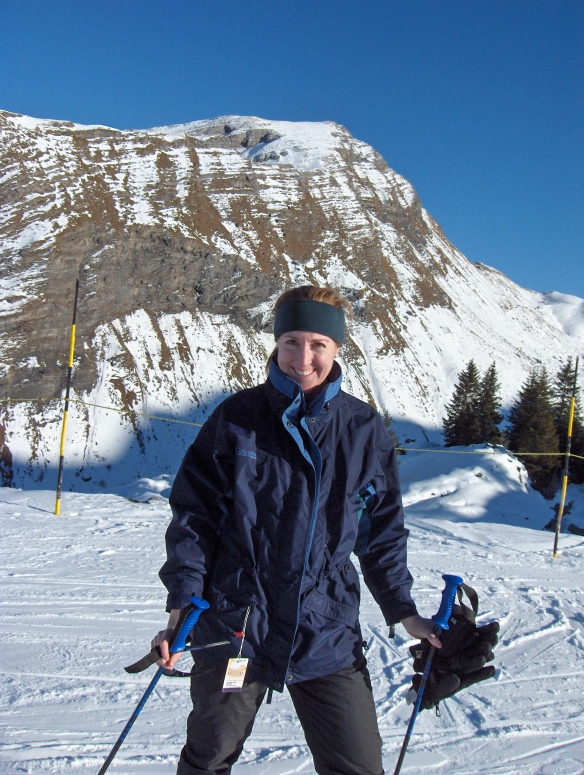 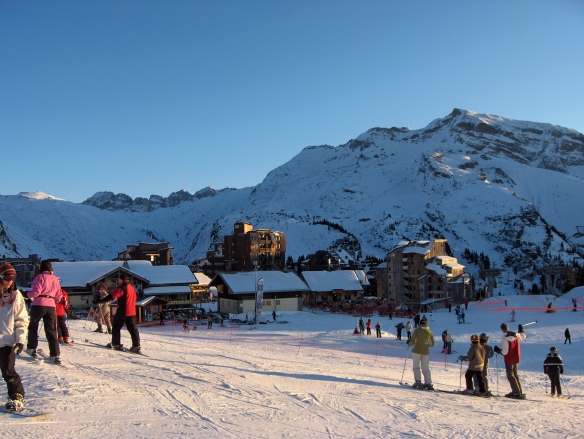 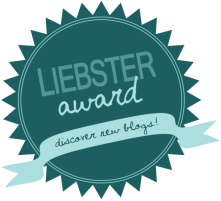 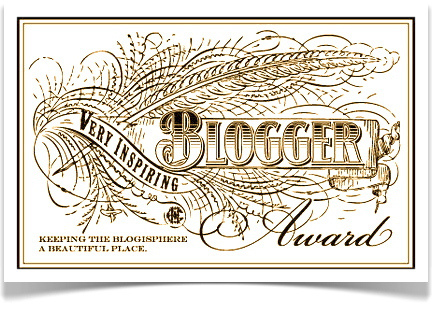